A Financial Revolution, Compliments of the SEC

For years, wealthy investors have had the right to invest in high-growth companies at their earliest stages.  In some of the boldest changes to U.S. securities laws in nearly 100 years, the SEC just gave all U.S. citizens the same access.  The revolution is called Equity Crowdfunding.

We believe that equity crowdfunding—where many investors contribute small amounts of capital to get new businesses off the ground—has the power to drive entrepreneurship, transform communities, and generate wealth.

Crowdability provides individual investors with education, information and insight into opportunities in the crowdfunding market.  Our free website and email newsletter aggregate and organize deals from an ever-expanding universe of crowdfunding platforms.

While our initial focus is on equity crowdfunding of start-ups, we'll soon be providing access to the full universe of securities-based opportunities—from Real Estate to Peer-to-Peer loans.

We aim to protect individual investors.  By educating and empowering them, we believe we can help them avoid making costly mistakes—and provide them the highest chances for success. 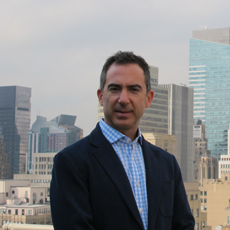 Matt is a Media & Technology executive with a history of entrepreneurial success, having founded and sold technology start-ups to giants like Hearst.

He spent his early career on Wall Street, working in Sales & Trading for Bear Stearns and Lehman Brothers.

Prior to co-founding Crowdability, he helped start Collective Spark, a venture fund + tech incubator where he remains a Venture Partner.

Matt received his BA from Cornell University, and holds an MBA from the Kellogg School of Management at Northwestern University. 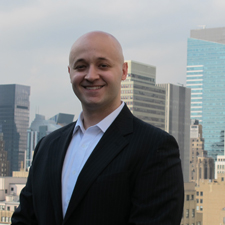 Wayne is a Financial Media executive with Wall Street and technology experience, and a history of start-up success.

Mulligan started his technology career early, working as a programmer while still in high school, and gradually building a tech firm that employed a dozen people.

After a stint on Wall Street, he built a tech platform called TickerHound that helped investors find answers to finance and investing questions.

TickerHound was acquired by a financial education and publishing company called The Institute for Individual Investors (IFII).  After joining IFII, Wayne climbed the ranks and eventually became CEO.  In 2011, he spearheaded IFII’s sale to the largest financial newsletter publisher in the world.

Prior to joining Crowdability, he worked in counterintelligence as a Special Agent for the

Brian spent his early career in media and journalism, working as an editor and producer.

He earned a Bachelor’s degree in Journalism from Pennsylvania State University.

Rob is Crowdability’s Director of Marketing.

He has more than ten years of experience in digital marketing, with a focus on financial services and banking.

Prior to joining Crowdability, he worked at brands including Bankrate and Investopedia.

George is Crowdability's Director of Technology.

Most recently, he was the Lead Developer for The Oxford Club, an 8-figure division of financial publisher Agora, Inc.

Prior to that, he was the CTO of The Institute for Individual Investors, a financial education and publishing company.

George was also the Technical Co-Founder of TickerHound, an online question-and-answer community focused on financial education.

He received his B.A. from Pace University.

We publish the Crowdability newsletter on the following days at 11:00 AM Eastern:

Crowdability is the world’s first and largest online research firm focused on start-up investing. In just a few short years we've quickly become a leader in this emerging sector, serving more than 100,000 free and paid subscribers

We're always looking out for talented, driven people to help us facilitate future growth and fulfill our mission of enriching the lives of individual investors.

Sign up for our free newsletter to learn about crowdfunding

Thank you for subscribing!

Free Guide: Discover How to Invest in Companies Before the IPO…

Just enter your e-mail address below & get this guide instantly

No thanks, I’d like to continue making next to nothing in the stock market.